The housing rental market has been challenging for people across the country due to a variety of factors. Low inventory of available rentals, growing inflation, and higher interest rates have played roles in making it difficult to find affordable housing.

According to HouseCanary, a national real estate data firm that recently released a report for the first half of 2022, “rents have continued to rise at the fastest pace in decades” with an average national cost of $2,495 to rent.

Statistics from the U.S. Bureau of Labor Statistics show that average rental costs went up 4.7% in the first half of 2022, the highest six-month increase in the last 10 years. In the first nine months of 2022, costs were up 5.37%. In the months of July, August, and September alone, costs increased by 6.7%.

Alaska has seen similar trends. In March, Alaska Housing performed its annual rental market survey and found general alignment with national trends – though there were variances across individual markets.

Overall, rental vacancy rates in Alaska are at 4.3%, the lowest they’ve been in a decade. As vacancy rates are going down, median rents have steadily gone up across the state from 2016 to 2022, with an average increase of 10.64%. 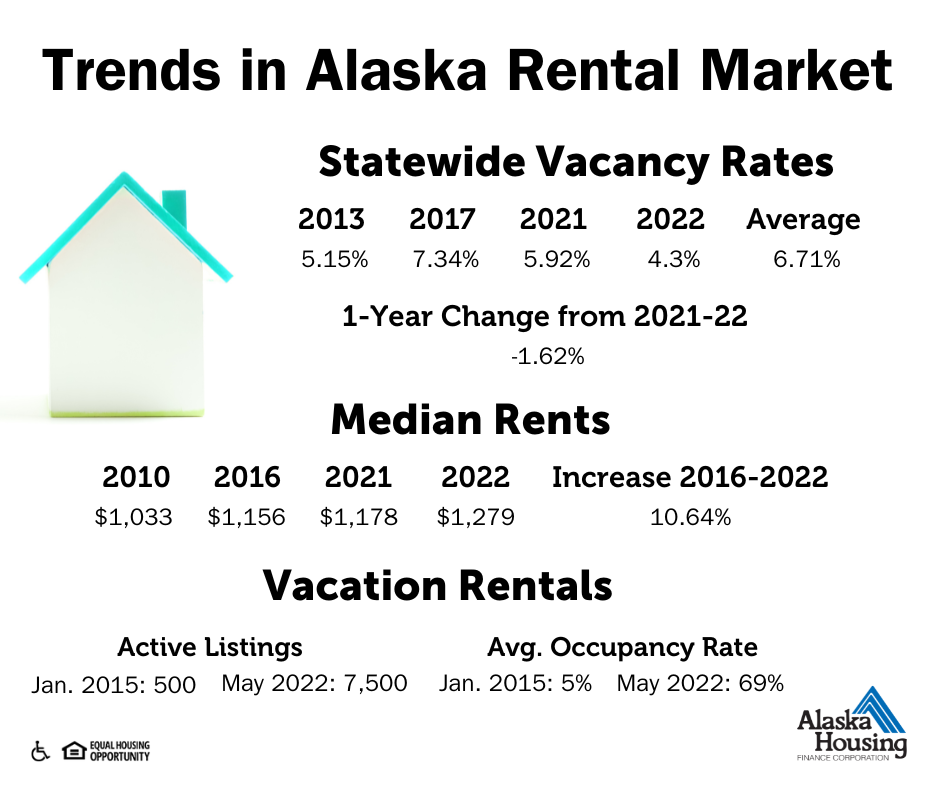 Regions across the state are seeing different impacts to their individual rental markets.

For example, two years ago Fairbanks had a vacancy rate of nearly 19% but today it is down to 7%. In Mat-Su, the rental vacancy rate actually went up in 2022, but it still is the lowest in the regions surveyed by Alaska Housing at 2.86%. 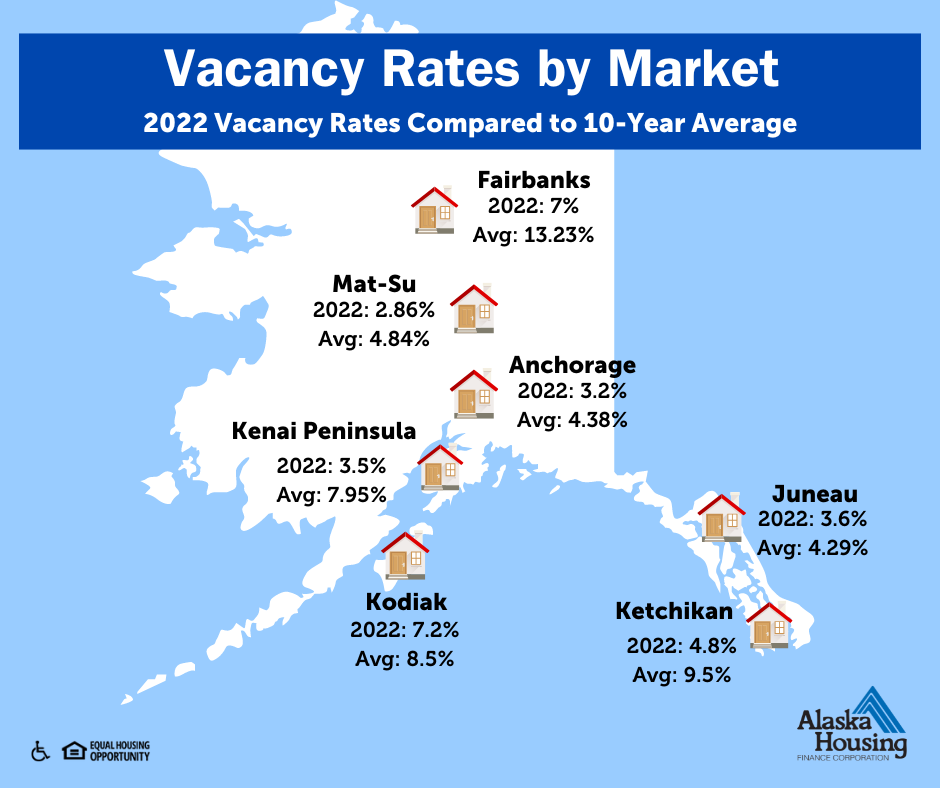 Similarly, median rents have increased across the state since 2016 but in some regions they have been stable – and in the case of Kodiak, actually decreased. In locations such as Juneau, Mat-Su and the Kenai Peninsula, increases in median rents were only between half of a percentage point and just over 3%. But Anchorage’s median rent went up by 10.3% and Fairbanks soared to 17%.

While each region has its own nuances, across both Alaska and the United States the rental market remains dynamic and difficult to predict. Without a significant change in current market dynamics, the trend may continue. 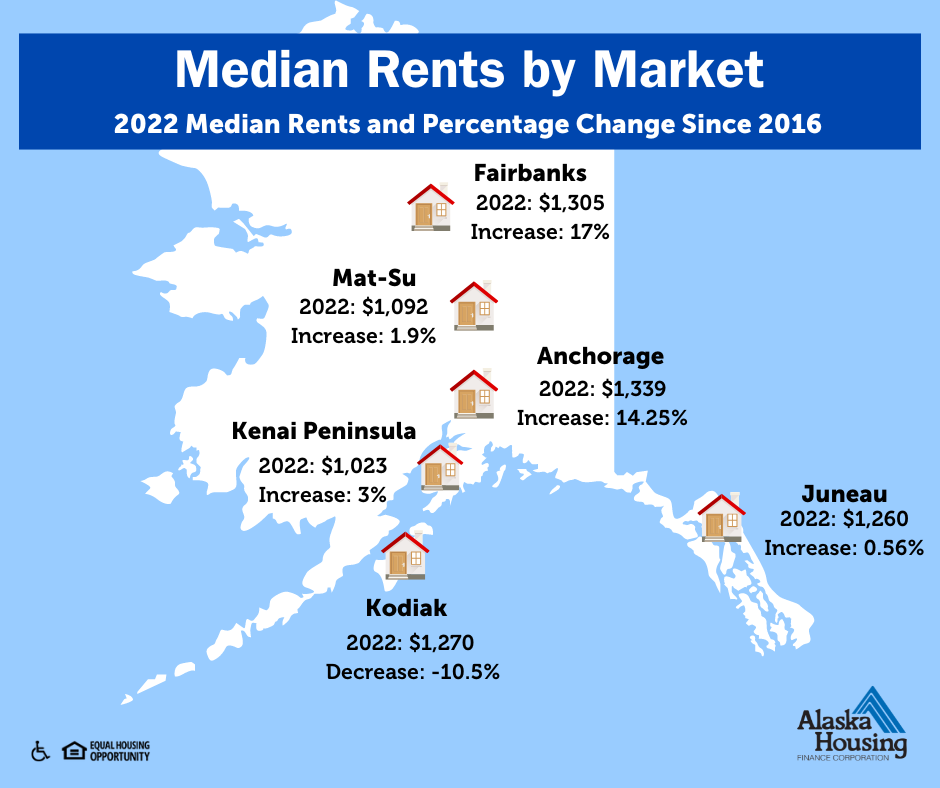